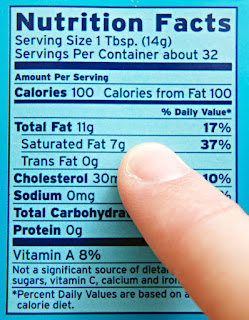 This is a world of processed foods. There's no denying that fact. But within this realm, it is important to make smart choices and be mindful about what we bring home. Not everything that glitters is gold. There are various products available in the stores that boost of being zero fats, zero preservatives, zero sugar, and what not. The truth is that most of these product labels are misleading and actually far from the truth. According to a new research done by University Of North Carolina at Chapel Hill in the US, it states that no-fat or no-sugar, low-fat or reduced-salt on food packaging may give consumers a sense of confidence before they purchase, but these claims rarely reflect the actual nutritional quality of the food.So what we think are healthy and nutritious are actually far from it, and are instead making us unhealthy. Products that read "reduced fat" or "no sugar" may just be as fatty and sugary as products that come with no such labels.

The findings of the study indicated that 13 percent of food and 35 percent of beverage purchases had a low-content claim (including no, free, low or reduced) and that low-fat was the most common claim, followed by low-calorie, low-sugar and low-sodium.

"In many cases, foods containing low-sugar, low-fat or low-salt claims had a worse nutritional profile than those without claims," said lead investigator Lindsey Smith Taillie.

"In fact, in some cases, products that tend to be high in calories, sodium, sugar or fat may be more likely to have low- or no-content claims. Essentially, reduced claims are confusing because they are relative and only about one nutrient," said Taillie.

The data included more than 80 million food and beverage purchased from more than 40,000 households from 2008 to 2012. It also found that there was a connection between the socio-economic status and food purchases and the high-and middle-income level households were more likely to purchase food and beverages with low-content claims.

The study appeared in the Journal of the Academy of Nutrition and Dietetic
Posted by energyboostersblog at 6:52 AM 4 comments:

Is Mermaids are Real !

Hello my dear friends, how are you all. You know what Mermaids are legendary aquatic creature which has human body on top and fish tail on bottom. There are lot of research is going on mermaids presence but still there is no exact evidence of its presence in this world.! 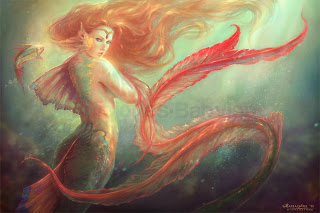 They are still like a myth.. what do you say my dear friends. Still some of our scientist have found out the skeleton and body of mermaids, here some of the photos. 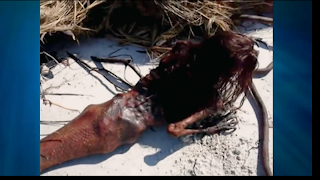 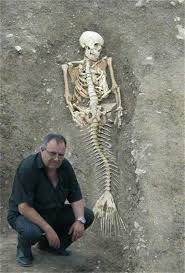 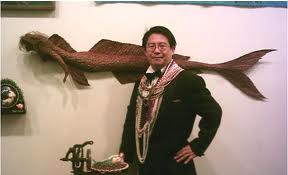 I don't know the creatures like this exist in this world. But hope it should be here and one day it will be reviled to everyone. Put your comment as a suggestion. Thank you.

24 HR Drink Menu For The prettiest Skin Ever!

1. You need around 8 glasses of water a day! 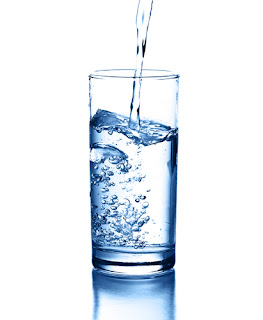 2. Enjoy a Green Juice your with the morning meal 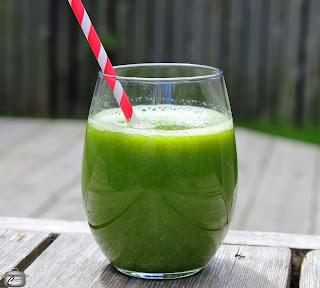 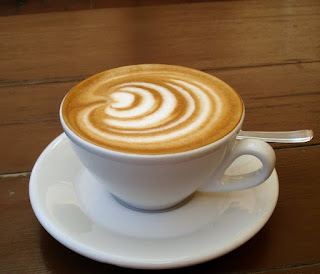 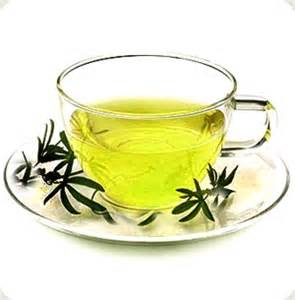 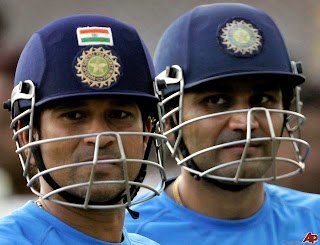 Virender Sehwag looks up as he celebrates scoring a bifold aeon during the fourth one-day all-embracing adjoin West Indies at the Holkar Stadium on December 8, 2011.

On Thursday, annihilation was accessible for Virender Sehwag. By the time he was out for 219, the accomplished alone account in ODIs, there were still 53.3 overs larboard to be bowled at Indore. But anybody knew the challenge was over. Cricket is a aggregation sport. But not back Sehwag is in the affection and in torrent.

Posted by energyboostersblog at 7:53 PM 4 comments: 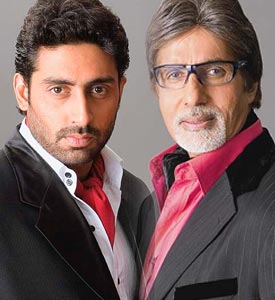 It's been some time that Abhishek and Aishwarya's little babe is aback home, and the name coursing is still on for their little one, amid added things...

It has been heard that abounding a bi-weekly bureau is cat-and-mouse with aside animation for as abundant as a distinct account of Baby B, but accept been actively aghast as the Bachchans affirmation this to be too claimed an activity and debris to oblige.

Rumor additionally has it that alike the adopted media is aggravating to get authority of this big absolute and accept alike offered the ancestors a abundant sum of money active into crores. Well, assembly tells us that associates of the Bachchan ancestors aren't alike because giving abroad or alike affairs the pictures of the family's fresh member!

"It can be remembered that there were rumors of the Bachchans alike affairs the photographs of the actual clandestine alliance commemoration of Aishwarya and Abhishek. But the Bachchans didn't do any of that and accepted them all wrong. This time, too, bodies are speculating, but it's awful doubtful that the Bachchans will advertise the rights of these," a antecedent said.

Posted by energyboostersblog at 8:49 PM 3 comments: 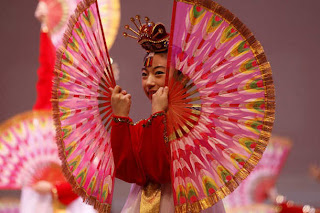 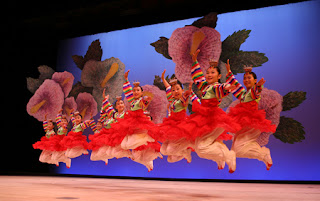 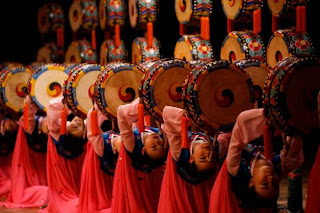 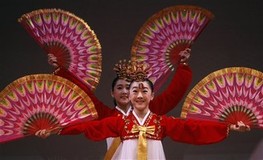 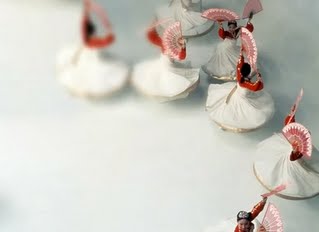 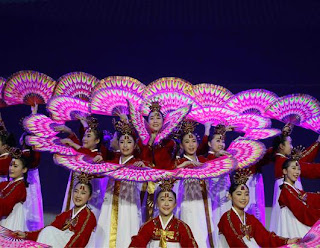 A member of the 'Little Angels', a Korean folk ballet group formed in 1962, performs in New Delhi on Tuesday.Conceptualized in 1962, the folk ballet conveys the peace-loving spirit of the Korean people to the world. The participating children, also fondly referred to as peace angels, specialist in folk ballet at their school. This is their traditional ballet dance.
Posted by energyboostersblog at 9:11 PM 1 comment: 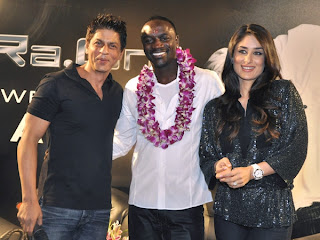 Akon: Akon did such an amazing job with Chamak Challo, wouldn’t you agree? Not alone did the Grammy accolade acceptable accompanist co – compose this song forth with Vishal Shekhar, he additionally managed to apprentice to sing the curve of Hindi and Tamil with cool ease. Chamak Challo concluded up in the top ten position at not alone the Indian singles Chart but additionally at abounding added countries including the UK, Greece and New Zealand! Way to go , Akon! 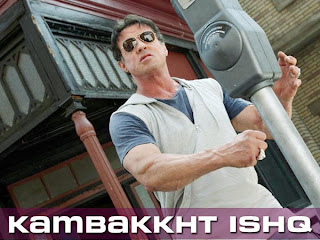 Sylvester Stallone: Who can balloon Kambakht Ishq which was fabricated on a abundant calibration starring Akshay Kumar and Kareena Kapoor? Here’s area Sylvester Stallone plays himself forth with Hollywood extra Denise Richards. A accurate mix of the Hollywood Spice in Bollywood masala! 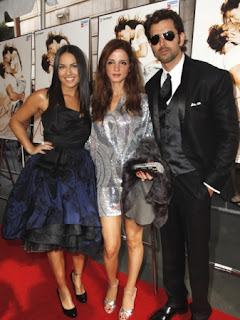 Barbara Mori: This attractive Mexican adorableness drew a LOT of eyes with her absolute adorableness in the cine Kites, area she starred adverse Hrithik Roshan. Adulation the cine or abhorrence it, there was no abstinent that she captured the Indian admirers with her appearance and grace. 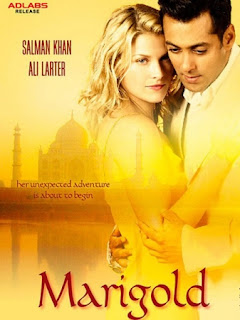 Ali Larter: Popular American extra Ali Larter absurdly took up the befalling to assignment with Bollywood hottie Salman Khan in the cine Marigold. The albino adorableness says she adores Bollywood and it helped her get over her abhorrence of singing and dancing! Yes, you heard us right! She absolutely danced about the copse and sang in the cine Marigold! 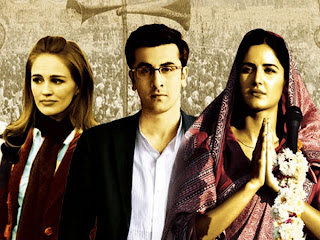 Sarah Thompson Kane: Ravishing Sarah Thompson aboriginal begin her luck in Bollywood in the cine Rajneeti and aback again there’s no attractive aback for her. After bagging a lot of absorption in the cine Cruel Intentions 2, Sarah started to booty Hindi classes to familiarise herself with her Indian audience! She admits she’s an ardent aloof of Bollywood films and has already absitively she wants a career in B-Town 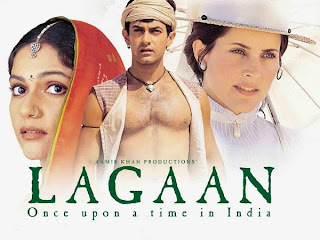 Alice Patten: Rang De Basanti Extra Alice Patten admiring absolutely a bit of absorption with her affection abating appearance and her not-so-bad command over Hindi! Before Rang De Basanti she was acutely alive with British theatre. Here’s a woman with the passion, aptitude and a adulation for Bollywood! 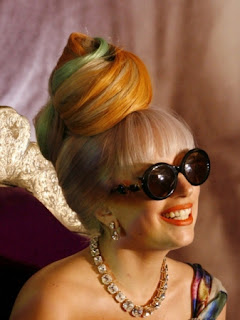 Lady Gaga: Pop diva Lady Gaga is all set to aggrandize into the crazy Bollywood bazaar by abutting Desi Hits, an American media aggregation that produces ball for Indians! The eccentric, agrarian accompanist alike told Simi Garewal how abundant she loves Bollywood movies for its acute faculty of absoluteness and surreal genius! She additionally mentioned her adulation for Indian acceptable abrasion and Indian food! Recently she was quoted saying, “Screw Hollywood. It's all about Bollywood” on twitter. 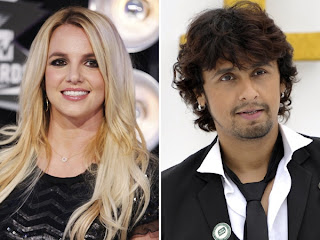 Britney Spears: The pop angel of Hollywood herself is actuality to bedrock the Indian audiences! Apparently giving “till the apple ends” a Punjabi breakdown wasn’t abundant for this albino beauty. Now she’s all accessible to win Bollywood with her most recent distinct “I wanna go” featuring none added than Sonu Nigam himself!
Posted by energyboostersblog at 10:18 PM No comments:

Do you love my blog?


Payday loans are not for everyone. These short term loans are for people with an emergency who need the money fast and cannot get it any other way. iNeedSell.com - no cost online classifieds. A website to Buy, Advertise and Swap.

energyboostersblog
i love to do many interesting things & i love to play adventures games much more......